…Because I Need A Job

The biggest one had the initals “DAL” and we all know how that one ended. Four kids and three dogs later.

At the time, we were exclusively dating one another but we were still taking our time and we still very much had separate lives and separate properties.

If you remember, that was also the year of the great economic and real-estate crash of 2008. Whenever the economy dips, I have the type of job that’s on the disposable end of the corporate spectrum.

“Throw the designers overboard! Get rid of the baggage! Keep the boat afloat!”

So there I was. My company let me go to try to stay afloat and I did what I do best: Picked up my oar and started paddling to shore.

I dusted off my resume and began applying for jobs.

…Except there were very little to be had because all designers were struggling and had been let go. I soon started to realize that I might need to jump ship into another field just to pay the bills.

The mortgage waits for no man (or woman).

Starbucks was hiring. And…. I needed a job. There was an open interview and so I went into a nearby location and made an appointment.

I wasn’t sure what to expect. I had a resume a mile long trumpeting all of my design work experience, but my coffee experience was zero, except that I was an expert in consumption.

When I showed up to the interview, looking smartly dressed, there was a guy sitting next to me who didn’t look like he was dressed for an interview. I cut my eyes at him and gave him the quick once-over. I was a little judgey. He looked like he had just gotten off his couch after playing video games for three weeks.

To my surprise, they called both of us back at the same time.

Uhhh…. that was weird. I had never been interviewed at the same time as someone else.

The manager exchanged pleasantries with both of us and then asked me the first question: “Was there ever a time that you had a conflict with a customer and you solved it?”

I had to think about that one. I did work directly with customers in design and so I described an experience where I took a dissatisfied customer and worked with them to deliver a brand identity they were happy with.

I looked at the manager and got the uneasy feeling that she was bored with my answer.

The manager posed the same question to the man sitting next to me.

The man, who used to work as a server at a restaurant gave a very dramatic answer about how he calmed down a customer who had been dissatisfied with the service and he ended up with a 30% tip.

Second question: “Why do you want to work at Starbucks?”

I have a hard time being anything other than authentic, so I looked straight at her and said matter-of-factly, “Because I need a job.”

I looked at the manager. Oops, that was the wrong answer.

Same question posed to the man.

“Oh, I want to work at Starbucks because I just LOVE coffee! I love everything about it and my sister worked at a Starbucks and I just love the brand and….”

His answer was rambling. My ears shut down of their own accord.

When he was finished, I looked at the manager.

She was beaming again like her child had just won “Student of the Year.”

I had one thought as I walked out into the parking lot that day: “You blew an interview at Starbucks, Sara.” That was a fact. I did blow it.

I kind of wanted to wallow in it. I wanted to believe the mean voice telling me, “Are you kidding, Sara? After 9 years of a design career you can’t even get a job at Starbucks?”

Instead, I couldn’t stop thinking of my grandfather and what he would have done. He would have taken the meanness out of that same voice and turned it around to make me laugh. We would have gotten a good chuckle over my inability to work at Starbucks and he would have asked me what I had learned. And I would have told him this:

When my kids get ready to consider higher education or go out into the work force, you know that they’ll hear this story.

“Do you want to learn or do you just want a job?”

We don’t relish watching our kids fail, but sometimes it’s necessary. It’s absolutely necessary. They will remember the lesson of experience far longer than our droning voice of constant reminder.

By not *always* jumping in for the reminder, we let them choose to own the consequences of their actions.

And therefore own the lesson that comes with it.

If my grandfather was here today, we’d grab a cup of coffee together.

I’d comment on his black sludge that only serial killers could drink.

He’d comment that my light au lait that was only for pansies and T-sippers.

And I’d tell him all about the boys and Dave and how much they love to fish just as we did together when we were young.

He’d tell me I’m doing a great job and it’s still ok to screw up.

Every once in awhile.

Mom’s Not Wipin’ Your Bum: A step-up to responsibility story 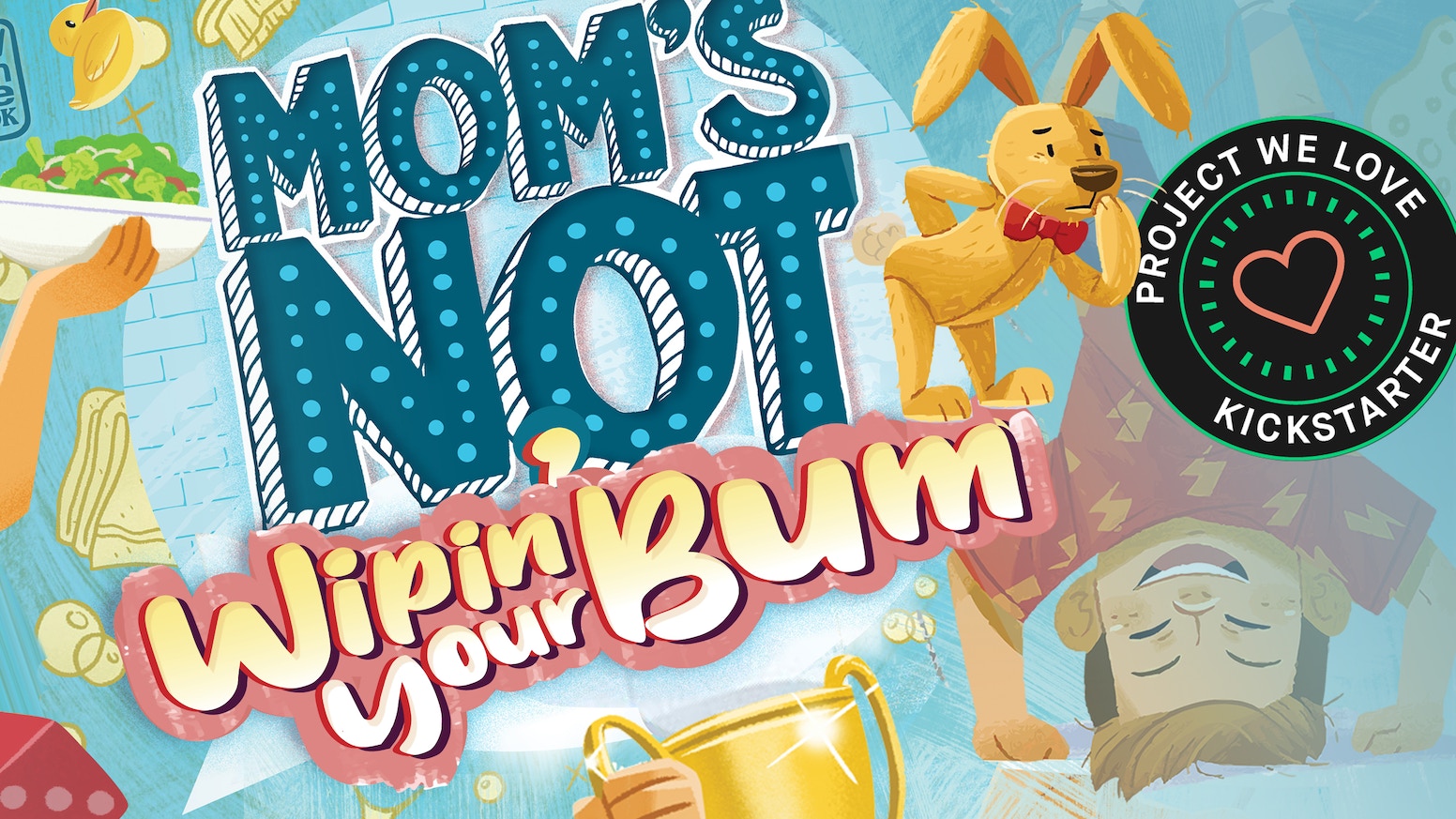 Mom's Not Wipin' Your Bum: A step-up to responsibility story

by Lin Hawthorne and 216 backers